We ignore nuclear leaks and hunt Wikileaks. Infrastructures are disintegrating, yet construction jobs are scarce. We may be guaranteed the right to pursue happiness, but few have the time. We’ve traded sturdy cloth for paper; red, white and blue for green; stars and stripes for dollars and cents.
— Michel Cicero/VC Reporter 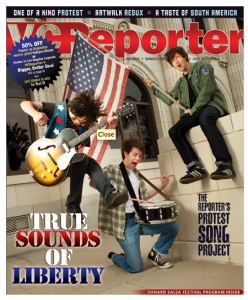 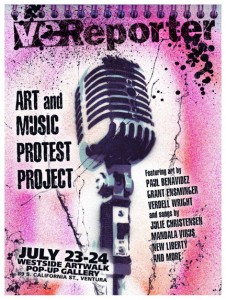 Our song War Against War, was selected to be part of the VC Reporters Art and Music Protest Project. There will be art and our music will be playing at the Gallery along with all the other bands and songwriters selected.

You are a beautiful shining flower in the Sun.
You are one you’ve been waiting for.
You are cool.
You are an awakened being transforming the world with your presence.
You are beyond reason. You are beyond ego.
You are going to live through some of the most empowering magical times that have occurred on this Planet. You are going to suddenly have skills you never thought of
but always knew you had.

Declare your independence from falsehood. Declare your allegiance to Truth.
It’s all part of the plan.
— © Teri Hitt
The Ben Franklin Channel/2011