Thanks to Holonmusic432Hz for this great VIDEO showing a Cymatic comparison of
432 hz vs 440 hz shapes made by the frequencies.

At 432 hz the shapes are more cohesive with less distortion.

The Sun, Saturn, Earth and Moon naturally resonate at 432 hz. It’s been said that the Universe was created with sound or vibration. Sound potentially creates reality. Something to think about and research. To me music feels much better at 432 Hz. I’m just sayin…check it out for yourself. 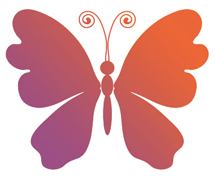 As we get better at recognizing ourselves, there is more grace and more ease.

Hey this is a multi-dimensional situation people!

Continue reading “Things are getting better as we realize …”

Another example of the feeling of 432hz.

In this case, the tuning of the Kotamo is respecting the laws that, according with Pythagoras, direct the universe from his formation, being in tuning in with the so called “Symphony of the Spheres”, as well as with the “physical – harmonic phenomenon” and the “proportion Aurea”.
— Music by Rafa Navarro

Its the time when it all starts to make sense, this dimensional blending alchemy we are in is showing itself more and more. Enjoy! This is the time you come into full being and finally see through the wall of fog once and for all. 🙂
Come into a greater understanding of your creativity.

Heavily influenced by the sounds of the 70’s,
Grace Gravity creates music that expresses
what we’re going through, living through, and being through.
The message is strong and hopeful, and has forward motion.
Step into the parallel reality of Grace Gravity!

If you talk to anyone that really knows analog, you will be told there is a huge difference between digital and analog.

If you never heard an analog recording, then this just sounds ridiculous (What newer isn’t always better? What are you talking about?!).

Get in the drivers seat.
Parallel selves unite!