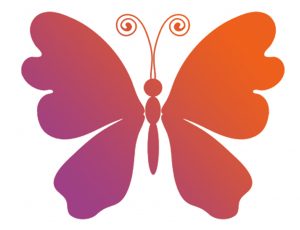 When I embarked on the journey to record, mix and master analog I had no idea how long it would take and the possible pitfalls along the way. It took 4 years all in all to weave through time and space and arrive. During 2017-2019 I recorded the songs for Dream Analog to tape. These are songs that came through about this long strange trip I/we are on. We’re all on it one way or another.

The first time I heard one of the songs played back off the tape, I got tears in my eyes. Until then I didn’t know what was missing in the sound in my previous digital recordings. I felt the difference in the feeling coming off the analog tape recording and knew I was on the right track.

Over the next 3+ years we recorded the songs that came through as if by transmission from another dimension. These songs are insights from the journey I’ve been on, sort of a kin to the trip you’ve been on I’m pretty sure. It’s an inside job after all. We’re all waking up in some way.  Learning how to consciously live and interact in multiple dimensions at the same time isn’t that easy for anyone, but we figure it out, eventually…

The final lead vocals, acoustic guitar, bass, and drums were recorded live to 1″ tape on a Tascam MS-16 tape machine using tube and solid state gear. Because we recorded live, we were able to deeply connect and real magic happened. We later added overdubs of keyboard, horns, percussion, and background vocals.

In September 2019 we went to Northern California to mix at Laughing Tiger Studio. Along the way visiting the biggest Sequoia Tree. It was named General Sherman but it wanted me to call it Mother Earth Tree so I did.  The following month, mastering legend Bernie Grundman completed the process by adding his mystical final touches.

We had perfect timing and released the record right as the pandemic started.
Life is funny that way.
Songs written by Teri Hitt.

AAA was a signification put on records when a record was Recorded + Mixed + Mastered ANALOG.
Each “A” standing for each Analog stage of the process. AAA

A portion of all sales is donated to people and organizations that plant trees and care for Mother Earth.