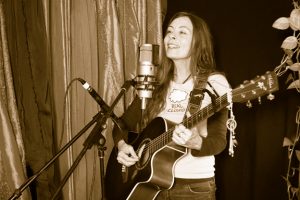 One of the main things that made me who I am is the music I heard growing up. The analog sound prevalent in the 70s and early 80s, the feeling of discovery in music, fed me.

I’ve been writing songs since I was 10. I have been graced with some great teachers along the way. I was lucky enough to study with vocal coach, Ron Anderson, for over 12 years and learned guitar from a wizard named Karl Grossman

I’ve been a part of several Los Angeles bands over the years including Seventh World and Pet Buffalo. I’ve played live gigs around Los Angeles and Northern California and have created several long running singer/songwriter showcases to promote other songwriters.

I’m a lover of the space that a song can create outside the constraints of mundane reality. I love music that testifies and points to a direction out of the 3D box. I believe that is what music and art is for. Those mediums somehow pick up and transmit feelings that can reveal more than the mundane 3-D viewpoint about reality and indeed open up portals for the listener to experience.

When you listen to really good music it sinks in and creates a space for you.  Real present music changes you. It feeds you and gives you a platform to think and feel into things, to touch a space beyond the physical world. That is what I hope to do with the songs I write. Cause there’s something happening here…

We are in a time of a Revolution of Perception.

I once had a dream where I met myself in a parallel reality.
She said, “I’ve already created all the songs, I’m just sending them to you.”
Now that’s a dream! Come on! 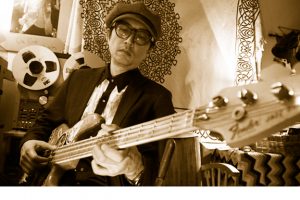 June started playing bass when he was in his early teens in his home town of Fukuoka, Japan.  He moved to Nashville for college, and later to Los Angeles. He finds himself immersed with all kinds of music, playing shows and doing recording sessions. 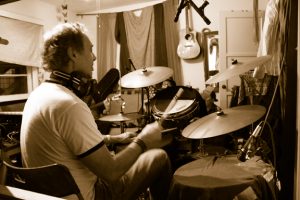 Brian Hardin covers a lot of bases. He plays drums and percussion, keyboards, and a bit of native American flute. He has engineered/produced over 120 Gold and Platnuim CDs/Records. A former resident of Nashville, he now resides in Los Angeles.  He’s a creator, producer, film maker, and overall sonic genius. 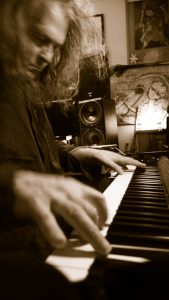 Jim is a talented musician adept on keyboards and guitar. He is a prolific singer/songwriter.  He had a hit song with “Mad About You” with Belinda Carlisle in the 1980s and more hits on the way.
Under The Sky 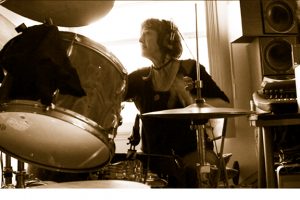 Paula is a talented multi-instrumentalist and creative being. Check out her band with Rebecca here: https://www.oopzdayz.com/

Rebecca is a rock star vocalist who can sing any harmony you can imagine and some you can’t. She is also a flat foot dancer, sings in a women’s folk chorus and rocks the tambourine.
http://flatfootandfancyfree.com/
https://www.oopzdayz.com/ 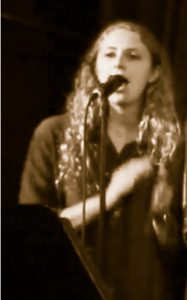 James is a multi-talented artist and vocalist. She creates beautiful music and transcendental videos, photography and art.
https://www.goteamjames.com/